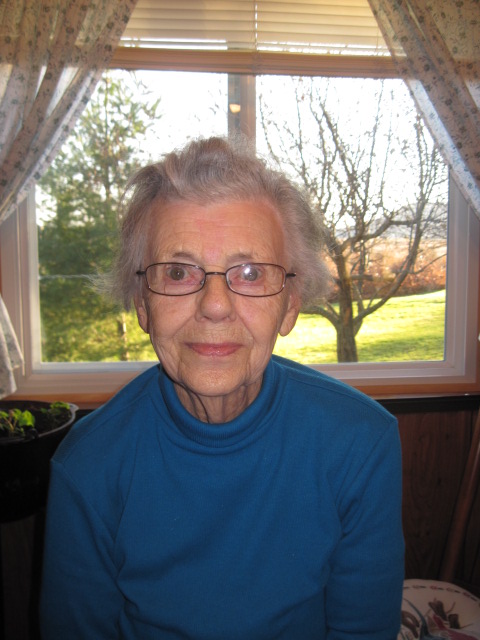 Barbara Louise Gray was born in East Springfield, New York in 1923 and grew up on a small dairy farm next to what is now Route 20. After marrying Herb Weaver, she raised three children and spent many years working outside of her home. In this interview clip, she talks about women working on farms.
CP: Did other women work outside of the home in Springfield?
BW: In Springfield? Well, there were some farm women that did go out and work, but of course the thing that the farm women had to do in those days was to get food on the table because they would have maybe six, eight men working and they would come in for dinner at noontime. Then, when they used to put the hay in, they’d bring the horses with a wagon and put them in the barn with a load of hay and then they would set the hay with a big fork, one man on top, and then you’d have another horse and rope hooked on that would go from the barn out until it brought that hay up and over into the barn and then it would release and you’d bring your horse back in. My mother always had to do that, she would take old Fox, the white horse we had, out to the end and bring it back. Then she would have to have the meal on the table for the four or five men that might be working. In the meantime, sometimes she would go out with a rake and rake hay while they were loading and then she’d come back with her horse and hook that on and put the hay up in the mow and dropped it down. That was hard work in those days. Things were done so differently than they are today.
Click here to listen to the full interview or to read the transcript.