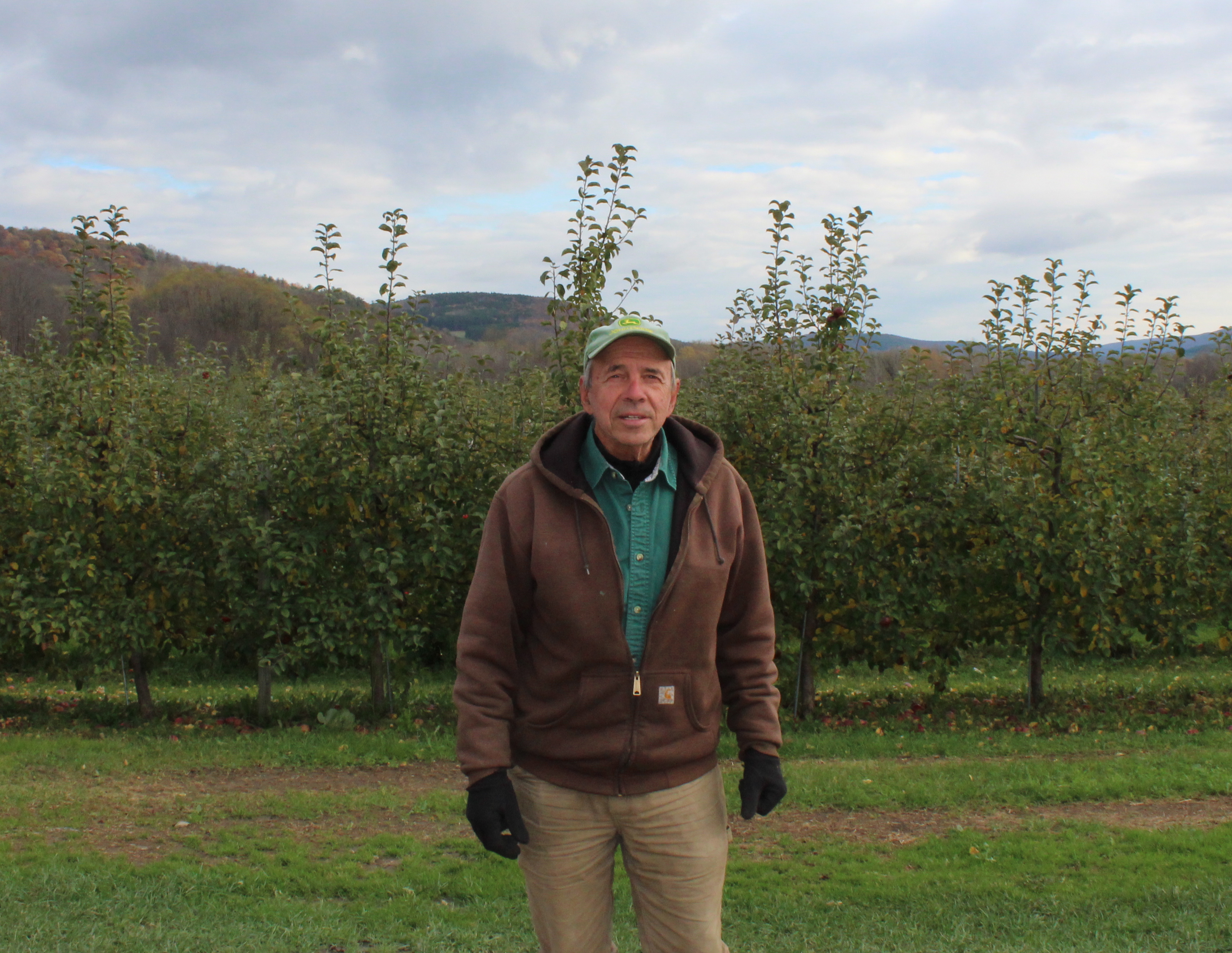 Wilfred Bruneau was born in 1944 and grew up in Massachusetts and New Hampshire. He had a long career in the tech industry working for IBM and then the Digital Equipment Corporation. After he retired, he and his wife Joan bought Middlefield Orchard and began developing what is now an expansive and growing fruit and vegetable farm. In this clip, he talks about the effect of Wall Street on the agricultural business.
WB: Basically, I guess Wall Street has infiltrated the agricultural business, but basically what they want you to do is if they come out with a new apple crop, or apple variety, you put ten thousand dollars down so you can actually, at least buy one tree. You probably want to buy more than that if you’re putting that much money into it. So then once you get into that, put that deposit down, then all of a sudden. So I’d like to put some of the new varieties out but I don’t want to pay ten thousand dollars to just to put one variety in. For the size of this orchard, it would take me many, many years to recoup that.
JM: And would that be to get a tree that you were not able to get from planting your own seeds?
WB: You actually don’t get trees from planting seeds anymore. [You] go through the rootstock as you mentioned earlier, and you graft particular [scion] to it. Some of the newer varieties out, they restrict you in doing that. You have to sign a disclosure saying that you will not do that kind of thing. Not all of them, but some of the newer ones are like that.
Click here to listen to the full interview or to read the transcript.