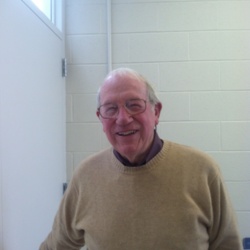 Wendell Tripp has spent many years studying and publishing the history of New York State. Dr. Tripp is the former director of publications at the New York State Historical Association (NYSHA) Library in Cooperstown, New York. He worked there from 1964 until 2000. In this story, he talks about something he regretted during his work life.
WT: I also wrote a history of New York History, of the journal. Mary Bliss, who was then the secretary, she saved me a lot of time, because I was doing other things. She also found additional material and my big regret was that I didn’t mention her. You know, I published the article with my name as the author, but I didn’t even mention her in a footnote. Did I deliberately do that? No. I was not being selfish, I was being careless and sloppy. I should have acknowledged her help.
After that I made an effort because I did come to recognize that back then in the 1960’s and certainly before that the role of women in society—while extremely important, as far as the, I guess you can say—the practical, workday role of women, it was somehow, I don’t know if the term is subservient, but that was true in general and it was certainly true at the New York State Historical Association. I was impressed by this because during World War II, the place which had been run by men, but on the staff were two women. They had the title of temporary directors, or whatever it was and so forth, but in looking through material I realized how much they had done. Well a woman can’t do things, right? [Laughs] Not in a man’s world. But they had. In fact I found a letter in which he mentioned, among other things, that we cannot expect these young women to lead this organization. The war has ended; we can’t expect these young women to lead this organization, so they began looking for, well, a man. That’s the way that it was at the time. But the result is that a lot of the people who did a lot in the history of the organization are not known.
Well at any rate, I’m not saying I’m a saint who thought much about women’s rights, I didn’t think much about it at all. I just realized that these women were very capable. Whenever I think about those early years I think about these people who had the title secretary or something like this. But they were not simply stenographers, they were very effective. Some of them did go on as the cultural situation changed to hold distinguished positions in other places.
Click here to listen to the full interview or to read the transcript.