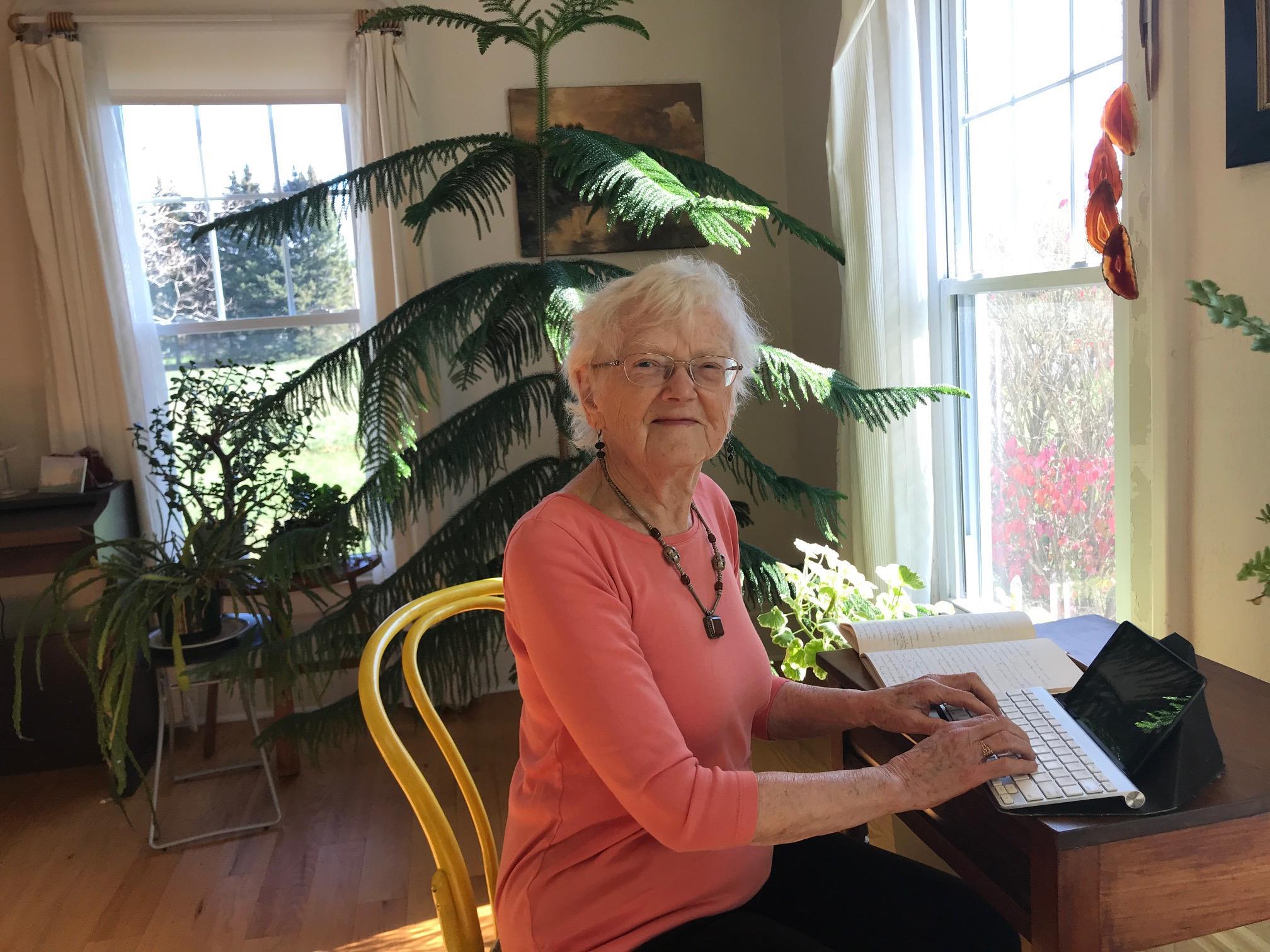 Alicia Pagano was born in Sidney, New York in 1929. She received her master’s degree from Rollins College, her Ed.D from The American University, and worked as the National Director of Programs for the Girl Scouts. She also worked and travelled around the world, particularly in Gambia. In this clip, she talks about her friendship with people from other cultures.
AP: We became friends and I went with him when he was a teacher and I went with him when he began to teach the people who were the street peddlers. The young men, 18 to 23, living in a hotel and earning not much money, but living in one of those hotels and selling on the street umbrellas and sunglasses and things from Africa. He was teaching them English, because he knew English very well, and he invited me to go with him. And I began to go and I began to learn Wolof, their language. I began to go all the time and I was still living in my house in Staten Island and still married but separated legally and needing to move out. I did move out from that and moved to Brooklyn, to Park Slope, and continued my work with my friend Lamine teaching and learning, I became the young men’s banker. They had their own banking system. Every week, the men who sold on the streets would put in $20 into the bank, and I held all the $20 dollars, and then when they would meet the next week they would draw a straw and whoever got the short one or whatever it was would get that money so then they had enough money to do something with it or to send it to their family back in West Africa. So, I kept the money of their bank. I was their banker. They trusted me. So, I was having a great experience learning Wolof, learning another culture. I was shocked at the respect and the way that they treated each other and the way they treated me. I was learning so much and my friend Lamine wanted to teach me good Wolof, deep Wolof, he wanted not street talk but really teach me the language well. So, I was learning very carefully the Wolof language.
Click here to listen to the full interview or to read the transcript.