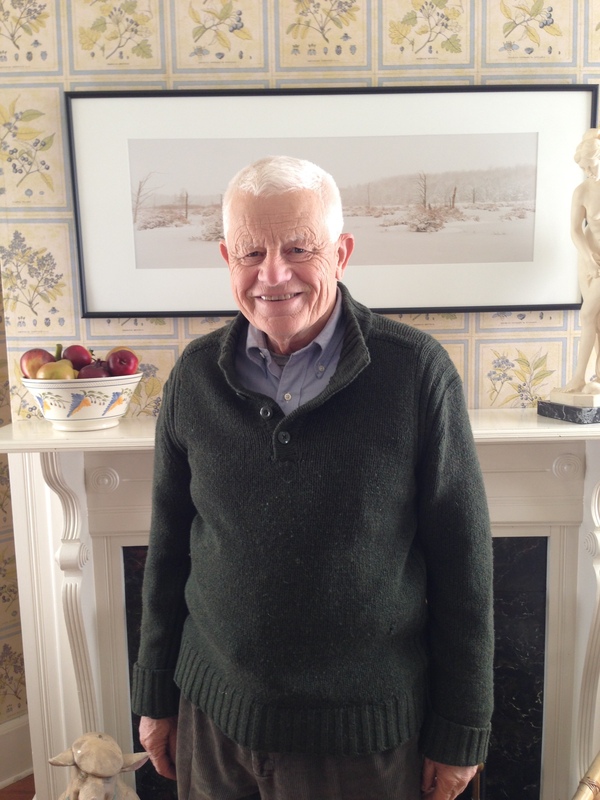 Earle Peterson was born in 1933 in Yonkers, New York and grew up on a farm. He has a doctorate in veterinary medicine from Cornell University, and he worked as a veterinarian on farms and in an animal hospital. He established the Greenwoods Conservancy in Burlington, New York and was one of the founders of the Otsego Land Trust in Cooperstown, New York, both of which are dedicated to protecting the local environment. In this clip, he talks about the Greenwoods Conservancy’s position on hydrofracking.
AH: Have you, or the Greenwoods Conservancy, taken a stance on hydrofracking in the area?
EP: By dint of the conservation easement that we put on it, we don’t permit hydrofracking. We don’t permit drilling for gas at all. I’m not sure if that’s a correct stance or not. There are people on both ends of this that are so polarized; they aren’t looking to the middle, and like most things in life, the answer lies in the middle. I think it’s a good thing that people have been very active against the fracking in that it’s called attention to it. Ultimately, it will occur; economics dictate that it [will] occur. It’s absolutely crazy that this country, at this point, has most of the natural resources it’s going to need, even going down to coal, for the next 400-600 years, that we go out and engage in wars to drill or mine things elsewhere and bring them here. I’ve sent my son to war twice to the Far East, all to ensure that America had enough oil and gas, and if we’ve got it here, sitting underneath our feet, and we should, if we could put a man on the moon, we sure as heck have to find a safe way to get that out of the Earth and get it to the surface, and use it as a clean fuel. It only makes sense, and purely [from the] standpoint of economics, it’s going to happen. We just have to make sure that the technology is there to do it correctly; if it’s there, there’s absolutely no reason not to do it. We can’t afford to mess up our environment; we can’t afford to mess up our clean water. It’s just a matter of getting the gas from its subsurface point to the surface in a clean manner. It would make sense that that could certainly happen with secure piping, and secure protection around the pipe, so the stuff can’t sneak up. I think it can happen; I firmly believe it will happen. I think that people that protest it so much—the rational ones—have done a great service to help ensure that it will be done correctly. The people who are on the extremes, it’s interesting, they’re also the same people that don’t own land. The people who own land, are saying do it, because they’re going to get dollars out of it if it happens. I’m in the middle, I say do it if it’s good for our nation and good for the world, but only after the technology and the science has caught up so they can get it up safely. . . . I know a person with 150 acres, and he’s already gotten two and a half million dollars of gas from his property. You’re not going to be able to stop that from happening, particularly when the gas is needed by industry and is preferable [to] other sources of energy, such as coal and even oil. So, I think that a lot of hooting and hollering, a lot of meetings, in the end number one in this area it’s a moot point, because it is not economically feasible. A couple thousand feet below the Marcellus shale is the Utica shale, and the Utica shale at this area is very thick – as much as 500 feet thick. It’s very tightly bound in the shale, the gas is. Probably within the next 20 years, 50 years, certainly within 100 years, they’re going to go down and tap the Utica shale, by then, I have to believe that the technology will be done so we can get it out there safely, and that will make this area wealthy.
Click here to listen to the full interview or to read the transcript.