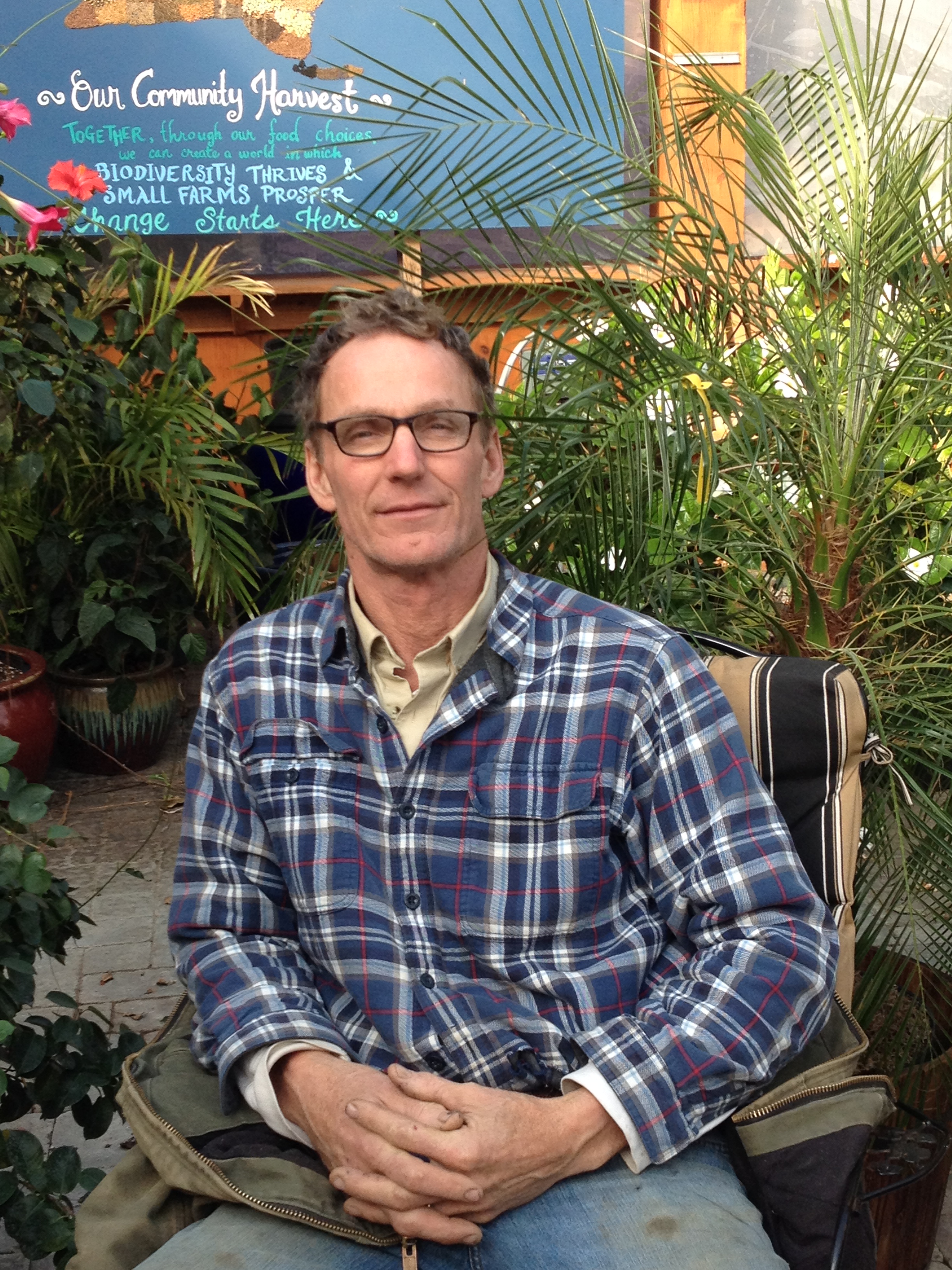 Brent Leonard was born in 1961 and has lived in Cooperstown, New York for most of his life. Brent and his wife Mary are co-owners of Carefree Gardens, a garden center in Cooperstown. They have three children, a son and two daughters. His daughters are involved in the locally-sourced foods movement and started Origins Café in the garden center’s greenhouse in 2011.
JV: Whose idea was the café?
BL: That was the girls. My daughters both went to college, and then after college they kind of started getting involved in this social movement, or I guess I would call it a social movement, of locally-sourced food. I think it was part of the larger movement of knowing not only where your food is coming from, but kind of anti-corporation. I don’t know, maybe there’s a word for it, but I think it’s become a little more widespread. So when they started the restaurant, they were specializing in locally-sourced foods, and they were probably some of the first people to do that. Now I think just about every restaurant kind of jumped on that bandwagon, but they started doing it very early. They had done some traveling, they spent some time in Fort Collins, Colorado, and my youngest daughter Dana worked in a place there called Tasty Harmony, which is pretty much a model of what this was based on. It was all locally-sourced food, but that’s only part of it. There’s a whole philosophy of this that was just more than where the food came from, they kind of embraced that. And then when they started here, we were just going to give them a little corner of the greenhouse, because they were going to serve tea, I remember. There was always a food truck involved in this too, because they were going to go travel around from place to place. I mean locally, go to different events. So we gave them a corner of the greenhouse back in there, and I think within a month we had tables and this whole bottom thing. It quickly became popular. It caught on really quickly, I was very surprised.
Click here to listen to the full interview or to read the transcript.