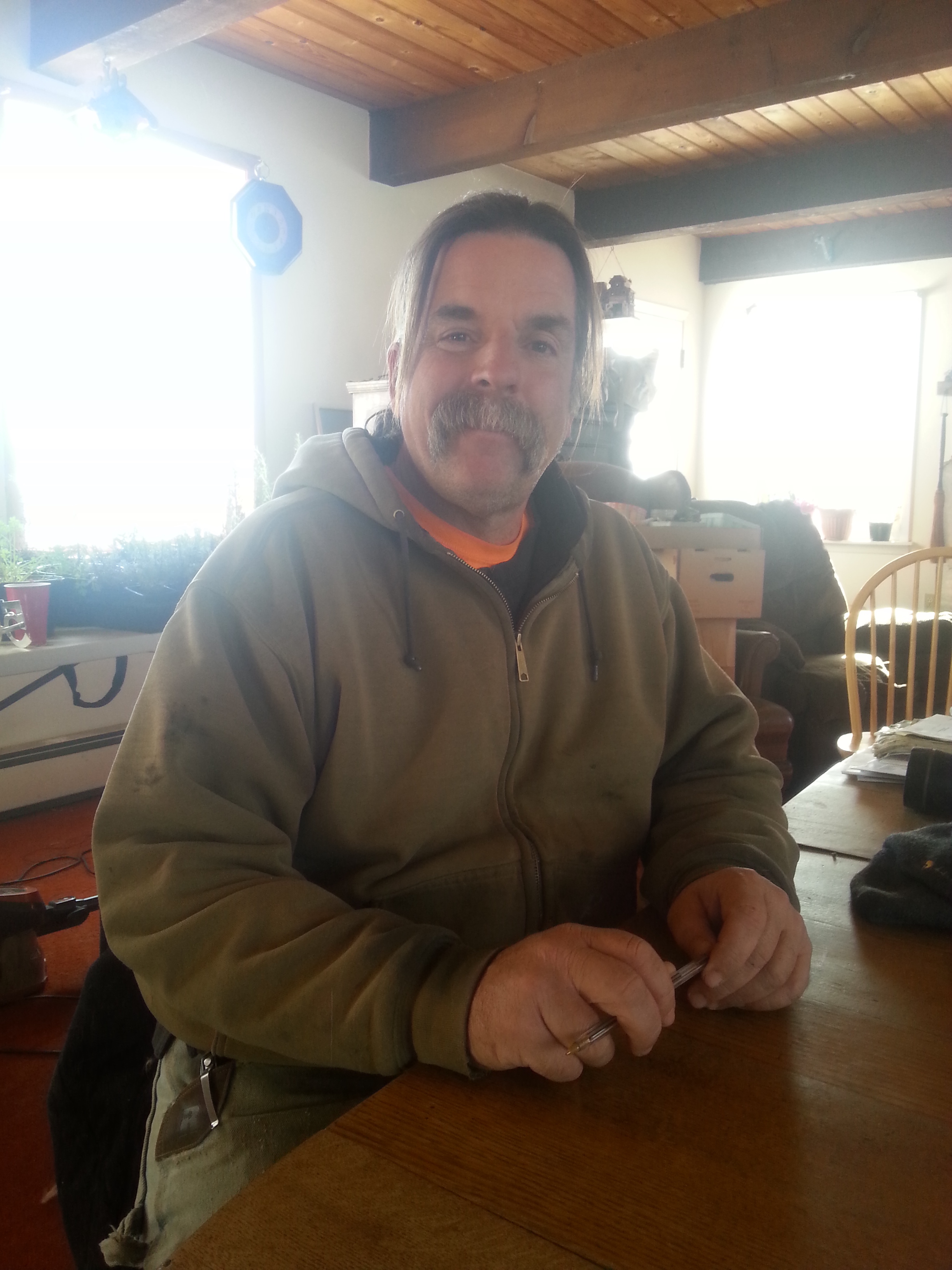 Kenyon Parsons was born in 1966. He worked on his family’s dairy farm in Sharon Springs, New York before attending Syracuse University and receiving a graduate degree from the State University of New York College of Environmental Science and Forestry. After returning to his family’s dairy farm, he converted it into Parsons Vegetable Farm. In this clip, he talks about how growing organic crops can be difficult.
KP: You can grow anything, but I’m willing to spend a certain amount of time on any one crop, and if a crop starts to turn into too much work for the return, I just dump it. It’s not worth it. That said, we still mess around with stuff. It takes three years for me to really hate something. The first year, I probably will blame it on doing it wrong myself. The second year, I’ll blame it on the weather. And the third year, I either hit it or I’ll just give up. [Laughter] . . . I’m trying to be a better grower. I’m not organic. I should have been just because my management was pretty low spray anyway. It’s just in the last few years, in this spot in the world, more and more people are asking me if it was organic. . .
CW: With there being more demand, are you trying to go more organic?
KP: Yeah, I have about ten acres that is organic. I don’t know quite what crop I want to mess around with for that. My neighbors do organic garlic. That’s no real trick. The people that impress me are the people that are trying to do organic sweet corn. That’s a labor of love. I don’t know how to do that. It would be fun to learn how to do that. Most of this stuff, my only complaint about organic was the fertilizer cost is brutal. If you can get your organic matter levels up to where you want, then your initial fertilizer cost sucks, but it gets better. But that first hit is just horrible. If I could kind of try to do more cover crops. In the last couple years, we have been trying to improve the soil more. I did it before to sell the straw and now I can really see the benefits of it besides the straw. It’s not just the crop to sell. It’s okay to have stuff in the ground. A couple acres of tillage radishes just to see what it will do for compaction, and that’s kind of fun. It’s fun to grow some stuff. It’s fun to mess around. Otherwise, it just becomes drudge, you know?
Click here to listen to the full interview or to read the transcript.