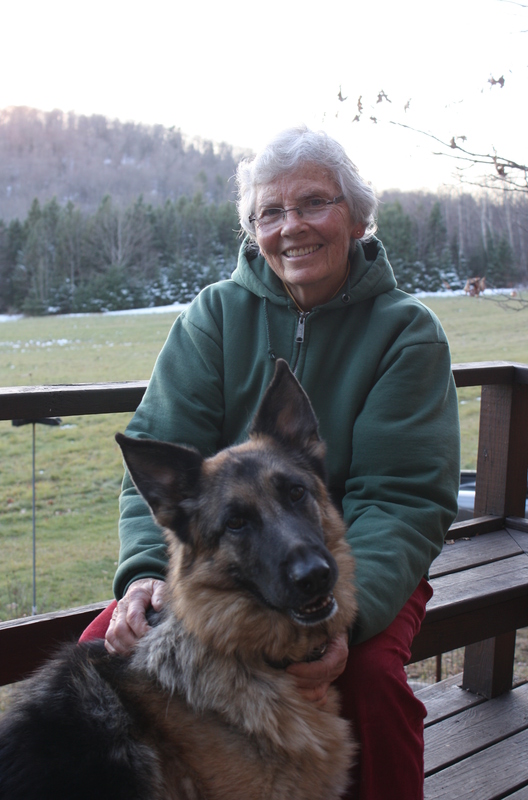 Marion Karl was born in 1928 in India where her parents were working as Baptist missionaries. She and her family returned to the United States from India just as World War II started. Mrs. Karl went to Keuka College and Syracuse University, where she studied to become a nurse. She moved to Cooperstown in 1961 with her husband and young children, and she has lived there ever since. Soon after her arrival, she purchased 100 acres of land, which she has kept in a natural state at the request of the previous owner. In this clip, she talks about the negative effects of unconventional shale gas drilling, or hydrofracking.
MK: I think I’ve always been interested in conservation, and I’ve always wanted my own piece of land, and that’s sort of in my mind all tied up together. Right now my biggest focus as far as conservation and protection goes is trying to keep the unconventional shale gas drilling from New York State, and specifically in this area, but it doesn’t seem right that if it’s not good for one area, it’s not good for any area. So, that’s my feeling that it’s not good for economic benefit even though they say there is so much gas there it would be great for the economy. Other writers have said there is not as much gas as people estimate; that it’s harmful to the health of the community and those that are involved with gas drilling. There’s just a host of problems with it, and it seems like we should be moving away from fossil fuels and spending our time and energy on trying to develop more sustainable sources for our energy. I think getting involved in this struggle has made me more aware of what I personally can do on a small scale, which probably isn’t going to solve the problem but is at least a step in the right direction. And, so I think I’ve become a lot more conscious of the way I heat my house and the way I do my shopping and what foods I eat and it is just a very big subject and a very big concern.
Click here to listen to the full interview or to read the transcript.